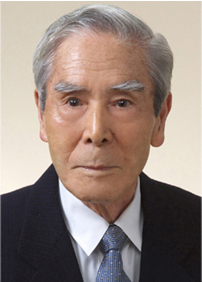 It is with great sadness that we have to inform you that Professor Yasuto Mushiake died on October 6, 2020.

Prof. Mushiake was the Professor of Tohoku University, and was the President of Tohoku Institute of Technology. He invented the self-complementary antenna and discovered its constant-impedance property in 1948. The equation which gives the value of the constant-impedance is called Mushiake relationship. His research group developed various “extremely broadband antennas” as the applications of the principle of self-complementarity. IEEE Milestone was dedicated to Tohoku University for his research achievements in July, 2017.

Professor Mushiake was one of the founders of Technical Committee on Antennas and Propagation, IEICE, and served as Chair of the Committee from 1971 to 1974. He was the Chair of IEEE AP-S Tokyo Chapter in 1971. He was Life Fellow of IEEE for contributions to linear antennas and self-complementary antennas”.

Professor Mushiake received Niwa-Takayanagi Award from the Institute of Television Engineers in 1964, Hattori Hohkoh Award from the Hattori Hokokai Foundation in 1971, Commendation for Distinguished Service from Minister of Science and Technology, Japan, in 1982, The Radio Wave Commemoration Day's Commendation from Minister of Post and Telecommunications, Japan, in 1992, Distinguished Service Award for IEEE Chapter Activities from IEEE Tokyo Section and IEEE Japan Council in 2006.

This is an incredible loss to us, as well as to our antenna community. Our sincere condolences are extended to his family.